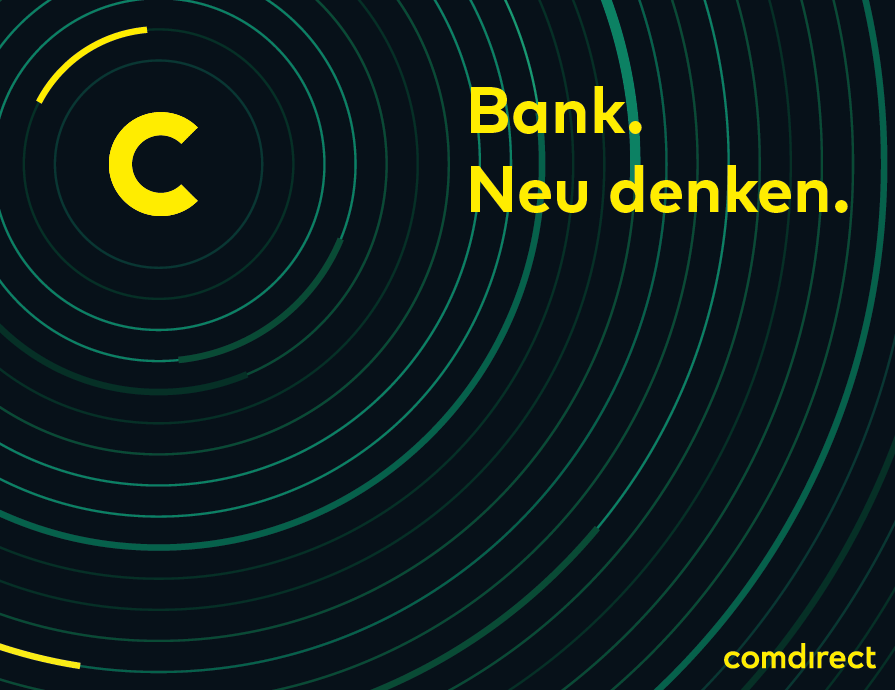 Quickborn / Frankfurt/Main, 29 October 2019. comdirect group gained 174k net new customers in the first nine months, bringing its current total to 2.70m. At the same time, comdirect generated a good pre-tax profit of €60.6m in its core business. Including the gain on disposal from the sale of ebase, comdirect group’s pre-tax profit has reached a record level of €175.7m. “comdirect has continued to grow well in a difficult market environment,” says Arno Walter, CEO of comdirect bank AG. “We are where our customers need us to be. Via our new banking partnership with Borussia Dortmund, we are also showing BVB fans how modern mobile banking and brokerage work. In order to be equipped for future growth, we have continued to work on our cost efficiency as well as on digitising and optimising our processes. All this leads not just to a good pre-tax profit, but to a positive customer experience as well.”

Accelerated growth in customer base and assets under control continues
The number of customers in the core B2C business stood at 2.70m as of the end of the first nine months of 2019. With a net total of 174k new customers, growth is still at a very high level (compared to 160k in the previous year). With a rise of 135k to 1.52m, the number of custody accounts also increased robustly. The number of current accounts rose by 106k to 1.67m. Total assets under control rose 21% from €62.1bn as of the end of 2018 to €75.1bn. The reason for this sharp increase is the record net fund inflows of €7.8bn, particularly in custody accounts, and positive market value effects.

Growth in net commission income and net interest income
Income in comdirect’s core business increased by 8% to €273.1m in the first nine months (previous year: €252.2m). Net commission income benefited from the larger customer base and more active trading, climbing to €161.3m (previous year: €155.5m). At 18.1m, the number of orders executed in the first nine months of 2019 is 14% higher than in the previous year (15.9m). Net interest income after provisions for possible loan losses rose from €86.2m in the previous year to €94.3m despite the still clearly negative interest environment.

Administrative expenses went up by 7% from €198.8m in the previous year to €212.5m, essentially as a result of growth. In addition to higher costs for sales and staff, mandatory contributions for the deposit insurance scheme also climbed once more. The fact that other administrative expenses remained stable at the same time is thanks to the bank’s improved economies of scale.

Good result in core business despite increased investment in growth
comdirect posted a good pre-tax profit of €60.6m (previous year: €53.4m) in its core business (from continued activities) despite a further increase in investment in growth compared to the same period of the previous year. According to Walter, “The investment in growth and the scaling of our business model are now resulting in increased profitability.” The contribution to earnings from discontinued activities, including the gain on the disposal of ebase to FNZ Group in mid-July 2019 was €115.1m before tax. comdirect group’s pre-tax profit was therefore a record €175.7m in total. In an ad hoc disclosure at the start of the month, comdirect had already raised the target communicated after the first six months for a pre-tax profit for 2019 as a whole of more than €170m to more than €185m before tax.

Efficiency and scalability through the use of new technology
In the past nine months, comdirect has worked intensively on the scalability of its business model, modernising its IT infrastructure as well as digitising and optimising work processes along the customer interface. Standard processes are being made faster and more efficient through the use of new technology, such as a hybrid chat bot, robotic process automation (RPA), a new full text search on the website and an intelligent voice dialogue system. In the fourth quarter, comdirect will offer its customers the option of carrying out simple services for themselves – such as cancelling a VISA card, ordering a new one or changing the card’s limit – quickly and directly in the voice dialogue system.

Coming soon: A smart financial companion for insurance as well
In addition, comdirect expects to add insurance to its range before the end of November. Customers will be able to use a new portal to both compare and manage insurance services. “As a smart financial companion, we want to make our customers’ lives easier,” says Walter. “They should be able to turn to us for all their financial sector needs – concisely and digitally. Naturally, this also includes insurance.” comdirect’s cooperation partner is JDC, a leading pool of brokers in Germany. Customers will be able to upload their existing insurance policies so that they can do without piles of thick folders. They can also check their cover with a requirement analysis and report claims through the portal.

Brokerage and banking platform business expanded
As the top address for saving, investing and trading with securities, TraderFox will soon be joining Guidants on comdirect’s brokerage interface (API). This means that traders will be able to execute orders with comdirect without having to leave their customised information interface at one of the external partners.

As the official banking partner to HSV and, since August, BVB as well, comdirect offers an attractive banking package for football fans. In addition to mobile payments at all points of sale in stadiums, this includes a free fan account and – for BVB – also a fan custody account, including a payment wristband and the prize-winning comdirect app styled in the colours of the chosen team.

* The business of ebase is reported under as “discontinued activities” on account of its sale in July 2019. The figures for the previous year were restated accordingly