The comdirect group is today publishing its online annual report for 2016. Preliminary figures were already presented at the financial statements press conference in Frankfurt in January.

The comdirect group closed the 2016 financial year with a pre-tax profit of €120.7m, which was a significant increase on the high level achieved in the previous year (€90.6m). The return on equity is at 21.4% before tax, thereby achieving the profitability target of return on equity of over 19% comfortably.

Total income of the comdirect group amounted to €381.6m. It exceeded the previous year’s record value (€370.6m) thanks to non-recurring income of around €41m before taxes accrued in the second quarter resulting from the membership of VISA Europe and its integration into VISA Inc. USA. The extraordinary income is reported under result from financial investments. 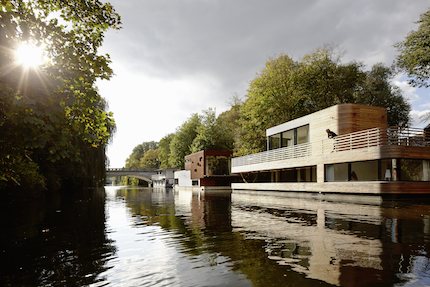 Profit after tax amounts to €92.5m, compared with €65.0m in the previous year. A dividend of 25 cents per share is to be proposed at the annual general meeting, and will have an associated dividend yield of 2.6%. The remaining sum of the after-tax profit is to be transferred to retained earnings and used for strengthening the equity basis as part of our planned growth. This includes, among others, the acquisition of OnVista AG, which is expected to be completed during the course of the first half of 2017.

At €215.4m, net commission income was 6% below the previous year’s exceptionally high level (€228.4m). The total number of B2C orders fell slightly below the previous year’s record of 14.5 million to 14.2 million. While the number of savings plan trades increased, market conditions characterised by below-average volatility for the year restrained investors with securities and CFD trades. Due to another drop in market interest rates, net interest income after provisions for possible loan losses fell to €118.9m, 12% below the previous year’s value of €134.5m. Administrative expenses were lowered by 7% to €261.0m (previous year: €280.0m). Some of the marketinduced decline in earnings was compensated for by active cost and investment management.

The comdirect group further consolidated its position as one of Germany’s leading direct banks with an increase in the number of customers in both business lines (B2C and B2B) as well as the significant rise in its assets under management. The total number of customers climbed to 3.117 million in 2016, an increase of 127 thousand. The number of custody accounts rose by 81 thousand to 1.867 million. Total assets under management increased by €10.3bn to the record level of €75.7bn. Net fund inflows to the group stood at €8.4bn overall, of which €5.9bn flowed into custody accounts.

The number of customers in the B2C business line (comdirect bank AG) has increased by 80 thousand to 2.08 million since the start of the year. In the same period, the number of current accounts increased by 90 thousand to 1.36 million and the number of custody accounts exceeded the 1 million mark (to 1.01 million) with an increase of 63 thousand. Total assets under management grew to €46.0bn, compared with €39.9bn at the end of 2015. Net fund inflows stood at €5.0bn, of which €2.5bn was invested in custody accounts.

The B2B business line (ebase GmbH) increased its customer base by 48 thousand to 1.04 million (year-end 2015: 988 thousand). The increase is largely due to the partnership with Wüstenrot Bank, which transferred legal custody account management of its customers to ebase in the fourth quarter. Total assets under management climbed to €29.8bn (year-end 2015: €25.6bn). Net fund inflows, which were almost entirely attributable to the portfolio volume, stood at €3.4bn.

The annual report is available now at www.comdirect.de/ir.